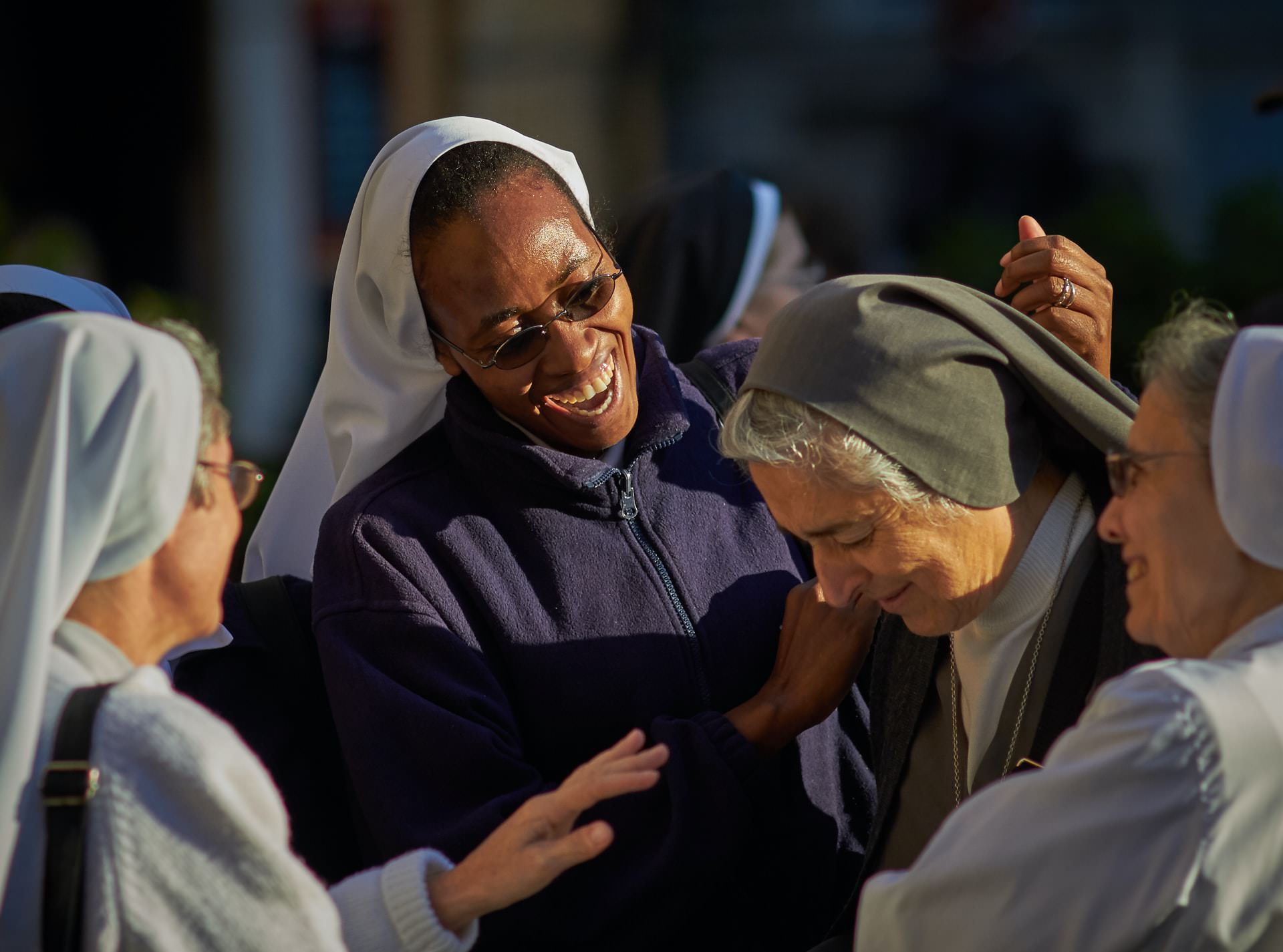 How Sister Mary can help your agency find its ideal audience. A three-minute read.

Some stories stick with you forever.

These are the tales that are shared with you and find a special place in your heart and mind.

The following story and its message had that effect on me.

And it carries a critical message for estate and letting agents.

Around 20 years ago, a friend of mine called Dermot told me a story about his auntie Mary, Sister Mary, to give her most often used moniker.

It was one of those stories where I can remember exactly where I was – leaning against my clapped-out VW Golf on the Stonebridge Estate in London where I grew up.

The story of Sister Mary

Dermot’s aunt had become a nun in west Ireland back in the 1950s. She was in her early twenties.

This was not uncommon for Irish families to have children dedicate their lives to the Catholic Church.

Sister Mary’s spiritual calling took her 6077 miles away (as the crow flies, I Googled it) to South Africa. She never returned to the village in Galway where she grew up.

This was a South Africa deep in the evils of apartheid at the time.

Sister Mary was sent as a missionary to a township, I can’t recall the name but remember it wasn’t Soweto.

She embraced her community work with the violently oppressed African people.

Dermot told me that she saw her role as someone there to care for the people rather than convert them to a credo.

She lived among the dignity-sapping poverty, the suffocating oppression and the state-backed regime of violence, intimidation, and fear.

She saw the riots, the brutal police raids. She crossed the line between spirituality and politics by joining the fight to end the inhumane abomination, which was apartheid.

Sister Mary was there when Nelson Mandela was jailed in 1962.

She was there cheering along with the townspeople when he was released from prison in 1990.

She had watched babies grow into adults, witnessed families become splintered by the evils of oppression but also united by a common goal of freedom.

The petite nun from a faraway land was a part of South Africa’s story.

Dermot, who was a natural-born storyteller, told me his father had visited Sister Mary in South Africa on her 70th birthday.

It was the first time the siblings had seen each other in more than 40 years.

Dermot’s dad asked her why she didn’t come ‘home’? Back to Ireland where she could see out her days in comfort and relative peace.

The new South Africa was fairer but also more violent and, in many ways, increasingly unstable. He was worried about her future.

During his stay he chipped away at her, selling all the benefits of being back home and surrounded by a large family.

Her ultimate response stopped his pleas in their tracks.

And was something we could all do with remembering.

Sister Mary turned to the brother she loved dearly and said: “I can’t leave.”

He tried one last time. “But Mary, wouldn’t you like to be back home with your people.”

She paused (dramatically according to Dermot) and gently said: “Brother, this is my home, and these are my people.”

Sister Mary died peacefully a few years after that visit.

She was remembered fondly by people in Ireland but adored and revered by her people in South Africa. She had done a lot of good in a time when things over there were very bad.

What’s this got to do with agents?

Good question. But if you aren’t clear who your target market is, your people, you’ll struggle with marketing.

By clearly defining who your people are, you will be able to create the right tone of voice and identify the ways they like to be communicated with, i.e. telephone, Facebook, email, or direct mail.

By knowing your people, you’ll use your marketing spend more wisely, and understand what their problems, interests and goals are. And how you can help them.

If you find your people and are true to them, just like Sister Mary you’ll end up remembered, trusted, and dare I say it perhaps even loved.

Thanks for sharing this story with me.

Menu
We use cookies to ensure that we give you the best experience on our website. If you continue to use this site we will assume that you are happy with it.OkPrivacy Policy