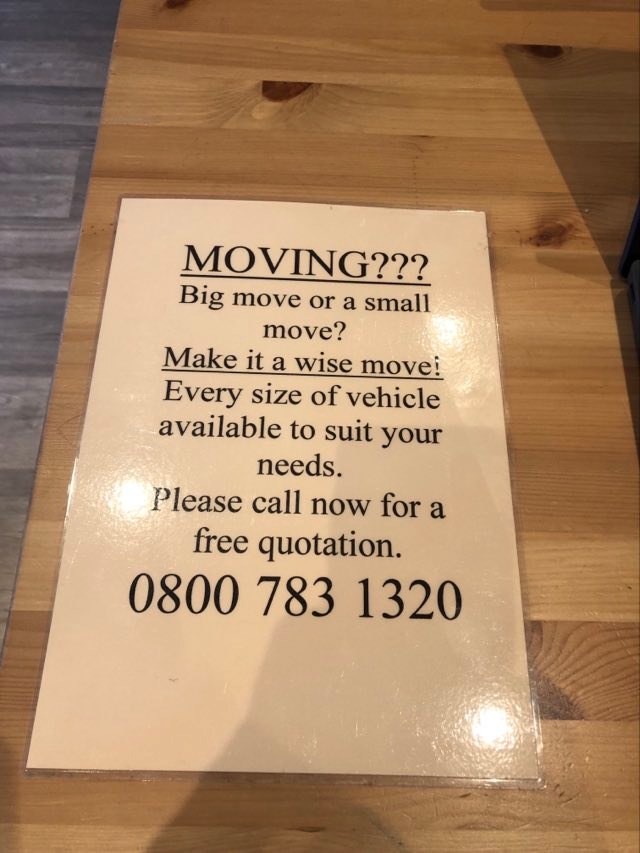 In 2001, along with three hard-working (and hard-drinking) South Africans, I set up a removal company called Wise Moves in Acton, West London.

We started in a borrowed van with a £50 job.

Three years later, we had turned over £500,000 in a calendar year and had eight vehicles of different sizes.

But I realised that the removal business wasn’t for me. So, I sold my share to the South Africans, took garden leave, and began a new career as a junior journalist, on work experience, aged 32. (Long story.)

My venture into removals was a huge, life-changing success. And without blowing my own trumpet, our Estate Agent Content Club is currently very successful. But in between those, I’ve had some wilderness years and a lack of motivation.

On the face of it, these two businesses – one moving people, one marketing estate agencies – have nothing in common. But that old cliché ‘success leaves clues’ is true – the things I did in both businesses can be applied to running an estate agency or any other type of enterprise.

Here are seven things I did that transcend industry sectors and might help you run your agency a little better.

It was far from being all sunshine, flowers, and smiley customers. The stress of running the business (I was the sales and marketing guy) made me ill for a few months. It was why I sold out – because I felt burnt out.

After selling out, I spent 15 or so years just doing enough to get by. Always confident, though, that I’d replicate the success of the removal company when I was ready and up for it. Why so sure? Because evidence breeds confidence. I had learnt that by following the seven points above, I could do well in any other endeavour that seized my interest.

And that last sentence is my final point – if it doesn’t make you want to get up early or get you excited, do something else. Life’s too short to be hiding in a toilet at work looking at your watch, praying for home time to come (been there, done that).

Thanks for reading, and good luck in whatever you’re doing or want to achieve.