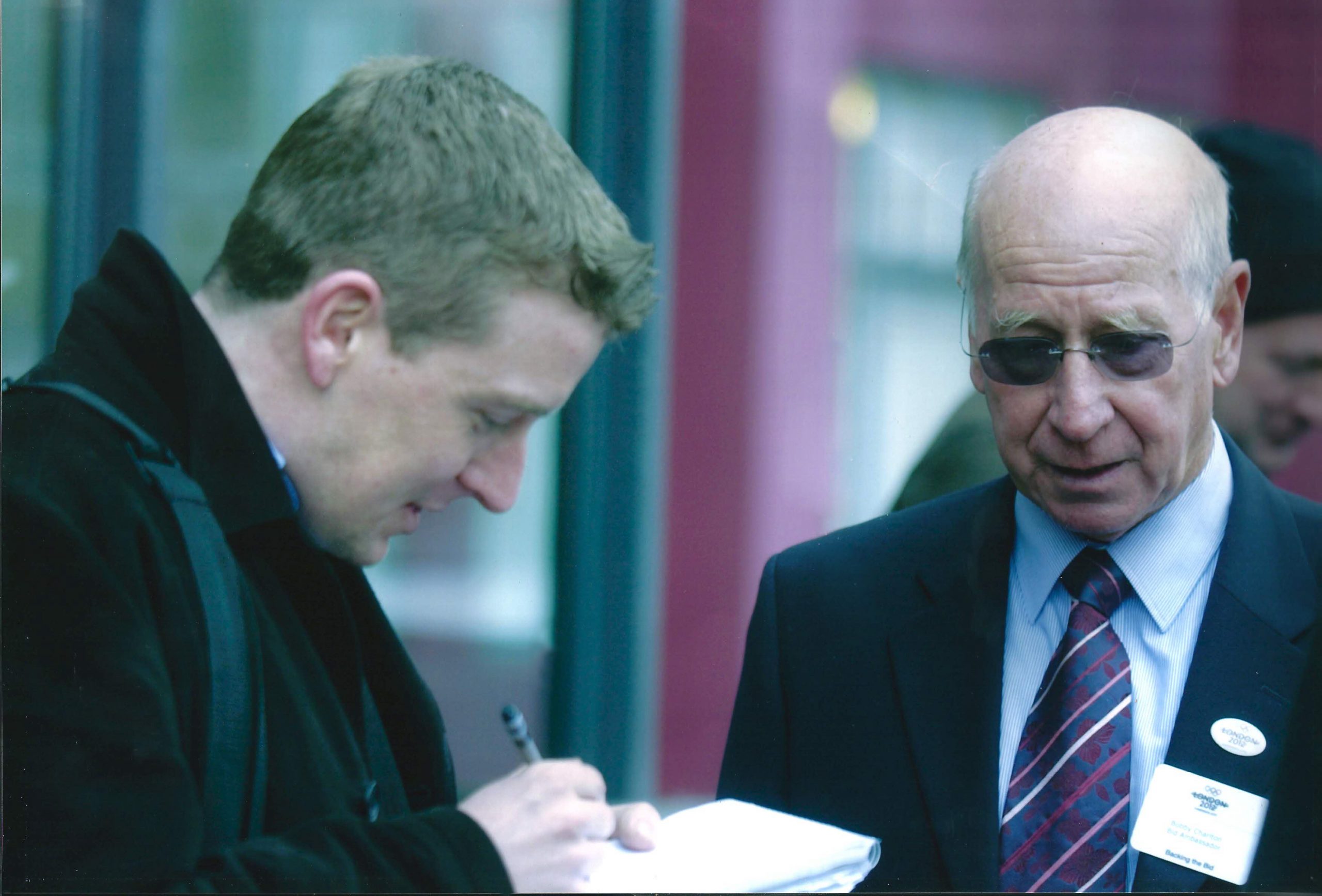 The word legend is bandied around nowadays as freely as copies of the morning Metro being slung into dreary eyed, pre-caffeinated commuters’ hands at a train station.

But for some legendary status is beyond question.

Sir Bobby Charlton is one of those. A bona fide, 100 per-cent, without a dash of doubt, proper legend and a gentleman, as I found out many years ago.

Please let me share a story with you that could help your agency win the most important thing in establishing a relationship with your communities – TRUST.

Back in 2005, as a reporter for the Harrow Observer, I got to meet and ask Sir Bobby a few questions while he was accompanying members of the International Olympic Committee around an exhibition in Wembley.  This was in the schmoozing stage of the London bid for the 2012 Olympics.

He was showing the very important IOC’s decision-makers what the ‘new’ Wembley Stadium would look like as it was still very much a work in progress.

As I asked him questions, a school steel band was playing in the background. They were local kids, and I asked Sir Bobby what he thought of the music. ‘Smashing.’

He genuinely seemed to enjoy it having already made time to chat with the kids and then he added; ‘If we win the Olympic bid, I’ve promised them a visit to Old Trafford on a match day.’

I thought no more of it. Went away wrote up my piece on his visit and included his comment about the local kids going up to Manchester if the bid was successful.

A couple of months or so later it was announced London was to host the 2012 Olympics.

Sir Bobby sprung to mind. I remembered his promise. Keen to get a feel-good follow-up story, I rang his office and left a message with his secretary (back then it was surprisingly easy to do).

The next morning my colleague Ben who had zero interest in football put a call through to me saying ‘it’s some bloke called Bobby Carlton or something like that.’

It was Sir Bobby. I nervously reminded him of the Wembley visit and what he said about getting the local musicians up to Old Trafford if the Olympic bid was successful. I’ll always remember his reply.

“Well I made the young uns a promise, and I’ll keep it. Just get the school to contact my secretary, and we’ll get it all arranged.”

And they did. The kids got to visit Manchester and watch a game. The man is pure class.

Sir Bobby kept his promise, and I came across a great bit of content marketing from an agent recently who clearly outlines his agency’s promises to clients. He’s a member of the Estate Agent Content Club.

He concisely set out what his company would do for the people they worked for and what clients can expect from his agency.

I’ve seen this kind of thing before, and I have worked with him and other agencies to create theirs. Tom Panos spoke about a similar thing, this time in the form of a guarantee. It featured in his recent and excellent podcast around 11 Practical Ideas to Get More Listings.

Whether it’s a guarantee, customer charter, promise or pledge I’m always surprised how few agencies, or indeed businesses, encapsulate what a client can expect from them as a minimum standard.

It could be responding to all calls within 24 hours, accompanying all viewings, providing feedback on the same day, producing a weekly progress report. It’s also a cracking piece of content.

I’d be interested to know what you lovely agency people promise your clients.

It’s one thing to make a promise, but another thing to keep it, as Sir Bobby showed with all the style, class and grace, he displayed throughout his stellar playing career.

By keeping your agency’s promises, you go a long way to building a good reputation in your community and establishing the T-word.

Thanks for reading and here’s to your next instruction.

The Church of estateagentcontent.co.uk – it’s not a proper church, more like a little cult run by an eejit.