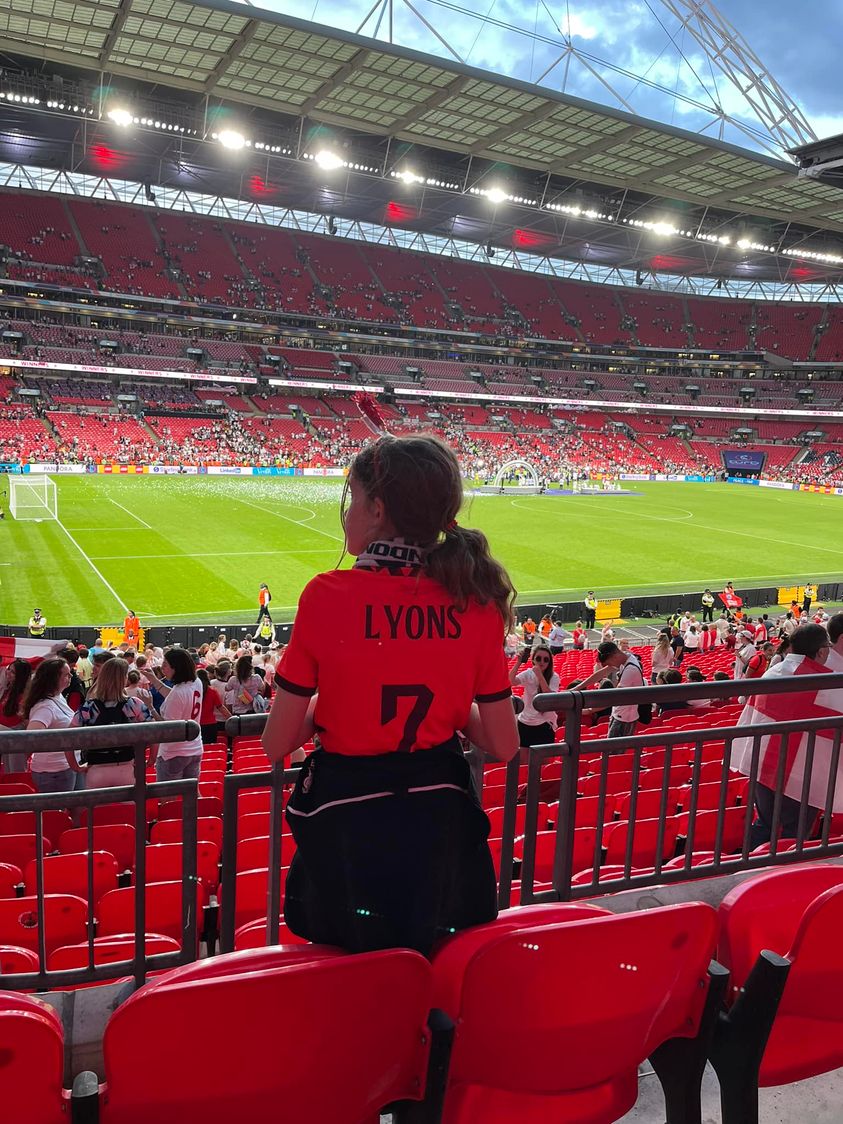 In this four-minute read, you’ll discover what estate agents can learn from the recent England football team’s successes, AND the only time you’ll ever see me write ‘game changer’.

The curse of THAT song lifted.

The Lionesses have roared louder than any English football team since 1966.

And at the head of the pride of England is a diminutive Dutch lady – Sarina Wiegman.

And Super Sarina has shown not just how to build a winning football team (she’s the first coach ever to win European Football Championships with different teams and in successive tournaments – incredible, plus she led the Dutch women to the 2019 World Cup Final).

Here are five I’ve picked up on.

This article isn’t me being a bandwagon jumper. Let me explain why.

My 10-year-old daughter Charlotte has been football mad for a couple of years.

This led us to buy tickets to all of England’s Euro 2022 matches (and forecasted ones, quarters, semis and final) last year.

And we spent a lot of July travelling up and down the country to every England match and witnessing every minute of every Lioness date with destiny and history.

But the female footballing journey hasn’t always been easy.

Charlotte’s been called a tomboy, teased about why she only wants to play ‘boys’ games’, and even asked if she was transgender (by a spiteful little sh!7e in her class).

And I know she’s not alone, as football-loving girls up and down the country have had similar experiences.

For her to see what’s happened over the past three weeks is, and it’s the only time I’ll use these massively overused words, a ‘game changer’.

Not just for women’s sport.

It shows what magic can happen when we give people equal opportunities or, as the Aussies call it, ‘a fair go’.

Be that in sport, the arts, public life, education and business.

The boy who wants to do ballet.

The girl who loves playing football.

The council estate kid who just needs a little extra help to reach their true potential and smash through the ceiling the established system has built.

The person in your agency who would thrive if there was a little more investment in their training and development.

The Lionesses have made my Little Lioness and thousands of other girls (and boys) believe anything and everything is possible.

Thank you to all of them and especially Sarina Wiegman.

Menu
We use cookies to ensure that we give you the best experience on our website. If you continue to use this site we will assume that you are happy with it.OkPrivacy Policy